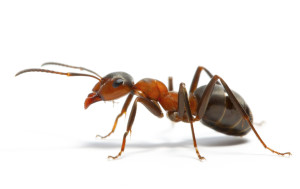 Florida has always been known as a “buggy” place by many people. Now it’s confirmed. In a recent national survey among homeowners conducted by Infogroup, Florida received the unwelcome distinction of being the state with the worst bug problems. Cockroaches, ants, termites – they’re all very comfortable residents of the Sunshine State.

The good news, these pests can be controlled and even prevented from infesting your home. With routine pest inspections and proper applications of baits and insecticides, anyone can have a pest free home. Perimeter Pest Control is the best option to prevent pest infestations inside your home. If you can control the invading pests on the outside you don’t have to deal with them on the inside.

So what is Perimeter Pest Control?

Perimeter Pest Control is an outer barrier protection plan to reduce bugs from entering your home and foundation. Since the treatment is performed outside, perimeter pest control is a safe method, since no chemicals will be applied inside your home. In fact, most perimeter pest control treatments do not require anyone to be present inside the house.

At Grass Roots Lawn & Landscape, Inc. we offer a Perimeter Pest Control Program that involves routine pest inspections along with an insecticide barrier around the exterior of your home. We place four bait/monitoring stations around the perimeter of your home and spray the entire perimeter, including around all entry points where insects could enter the home. We also treat fire ant mounds and place bait around your landscape to greatly reduce the number of fire ants on your property. The common pests controlled with our Perimeter Pest Control Program are ants, spiders, roaches, millipedes, centipedes, fleas, ticks, crickets, earwigs and many other insects that can crawl into the house. Monthly (12 applications) and Bi-monthly (6 applications) service plans are available.

Just because we live in the state with the worst bug problem, doesn’t mean we have to live with those bugs in our homes.